More Atomic Elbow t-shirts were made. This time they're yellow on purple. 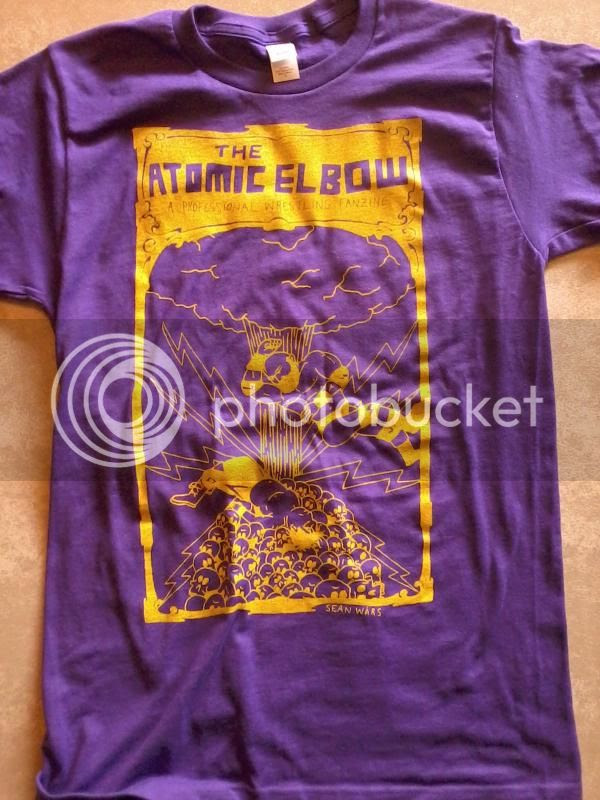 Thanks to everyone at Shirtworks in Athens for their help with these.

They will be available at FLUKE 2013 on April 6th and any that remain after that will go on sale at the Atomic Elbow Online Store. They're still gonna be $9 but I may have to slightly increase shipping charges. More than slightly if you live outside the United States. I'll let you know.
Posted by Robert at 10:14 AM 5 comments:

There is a somewhat embarrassing error in the first printing of the 5th issue of The Atomic Elbow. If you have already purchased the 5th issue, please download and print this document. 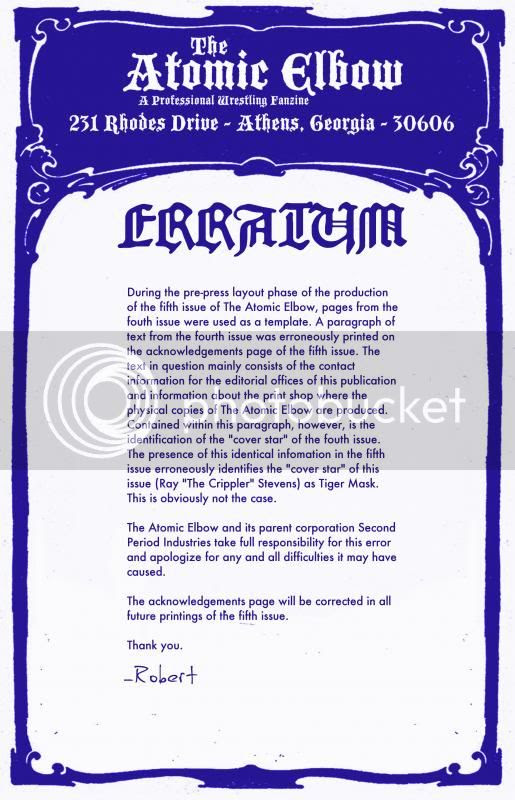 Posted by Robert at 5:45 PM No comments:

Remember how King Kong Bundy used to make the referee count to five when he pinned whoever it was he was wrestling against? And now, on his Twitter account, he ends everything he posts with a big all-caps "FIVE" or whatever? I'm not sure what this has to do with anything really except that every time I think about issue number five, I picture Bundy standing there, five fingers spread out, braggin'. 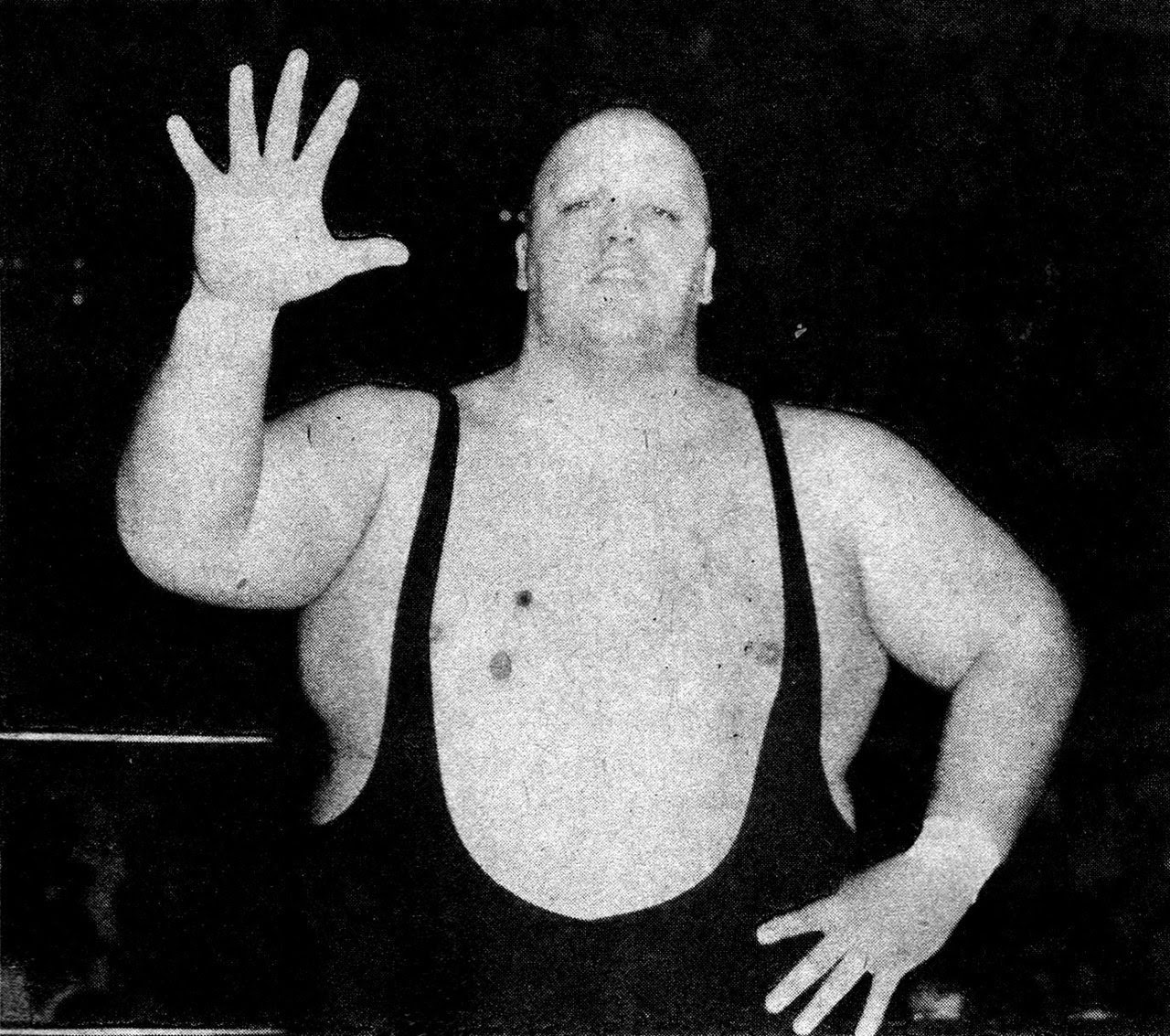 Anyway, the fifth issue of The Atomic Elbow is done. 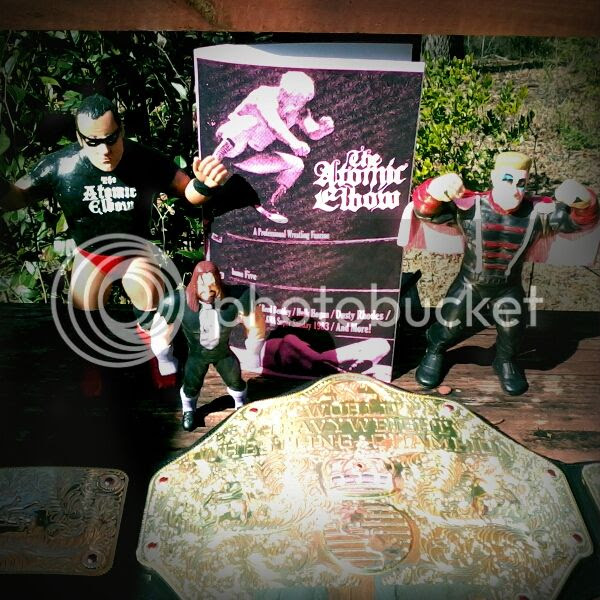 It's got a lot of stuff about Hulk Hogan in it. I'm not sure how that happened, but it did. By the way, that's Ray "The Crippler" Stevens on the cover. I don't know who the unfortunate man on the mat is. This one starts off with a pretty comprehensive history of Monday Night Raw in Chicago from Scott T. Holland. 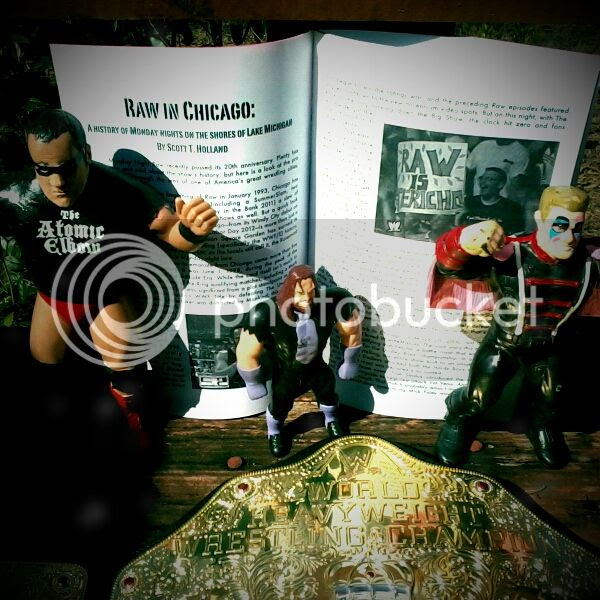 There's an interview with Reed Bentley from Wrestling is Heart. 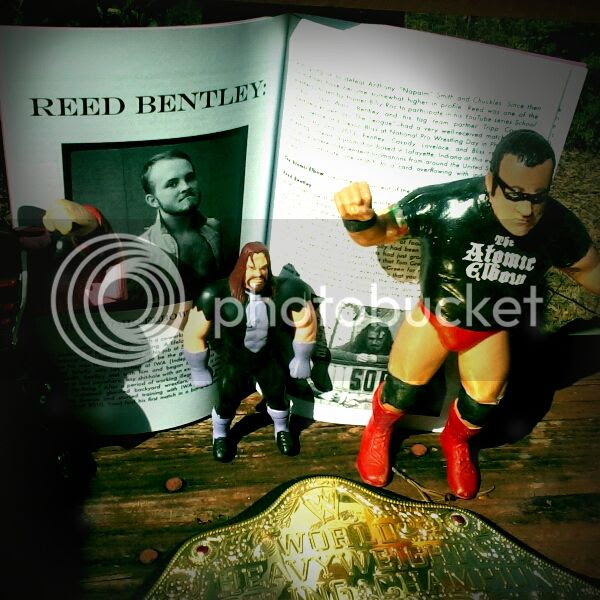 Then the Hulk Hogan content starts up with an article from Danielle Matheson of The Mandible Claw. 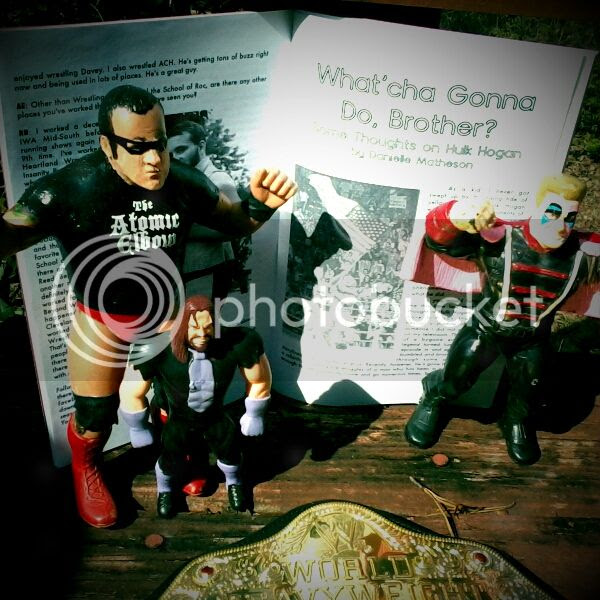 This issue also features part one of an ongoing series that will be the ultimate episode guide to Hulk Hogan's Rock 'n' Wrestling. 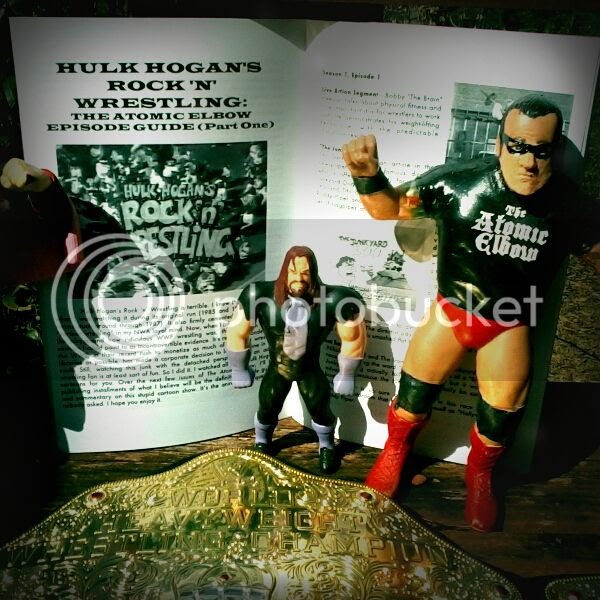 Stewart Voegtlin and Beaver of (among other things) Chips & Beer magazine are back. This time they're focusing on Dusty Rhodes and his gross, disgusting eyeball. 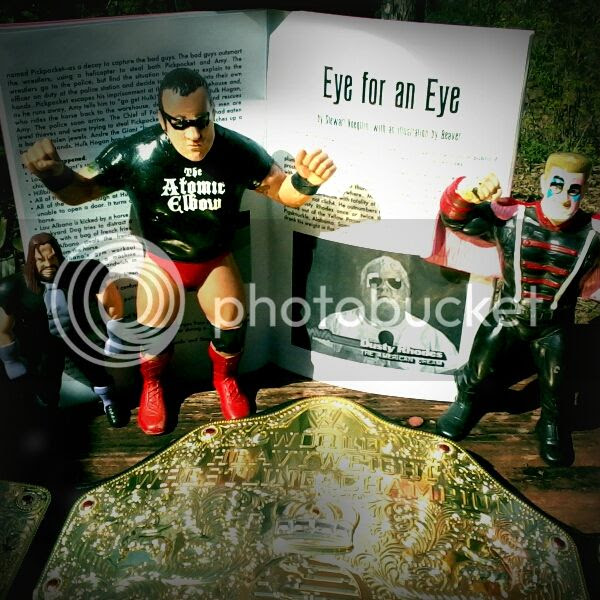 There's also an examination of the AWA's Super Sunday from 1983. Hulk Hogan's in this one, too. 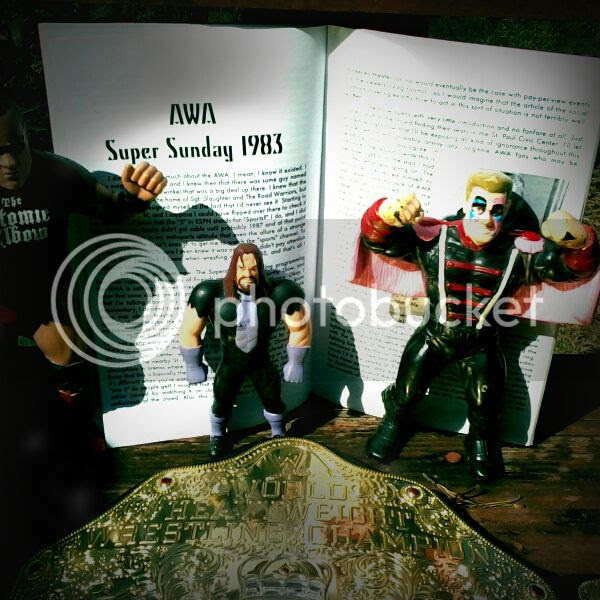 This issue's ready and waiting for you in the Atomic Elbow online store. I've also re-stocked the previously out-of-print issues 1, 2, and 3. I think this will be the last time those are reprinted. I'm planning a single volume compilation of the first four issues. It will probably be out this summer. But we're not here to talk about that now, are we? Go get your copy of issue number five! Thanks!
Posted by Robert at 8:58 AM 1 comment: