There are now 18 issues of The Atomic Elbow. Here is the most recent one: 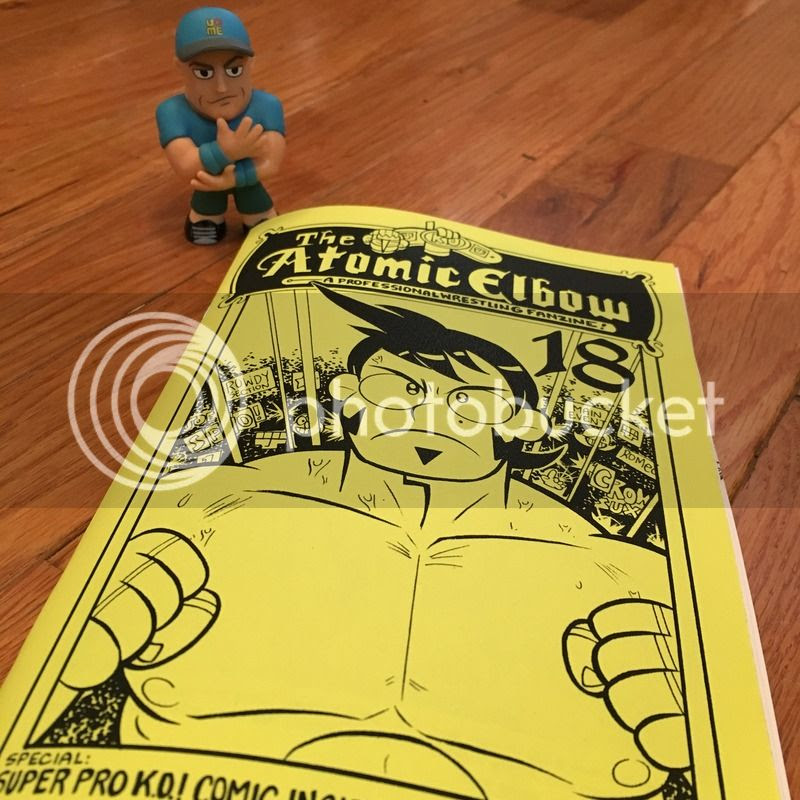 Just look at that cover! It's really good. It's by Jarrett Williams. There's more from him later. 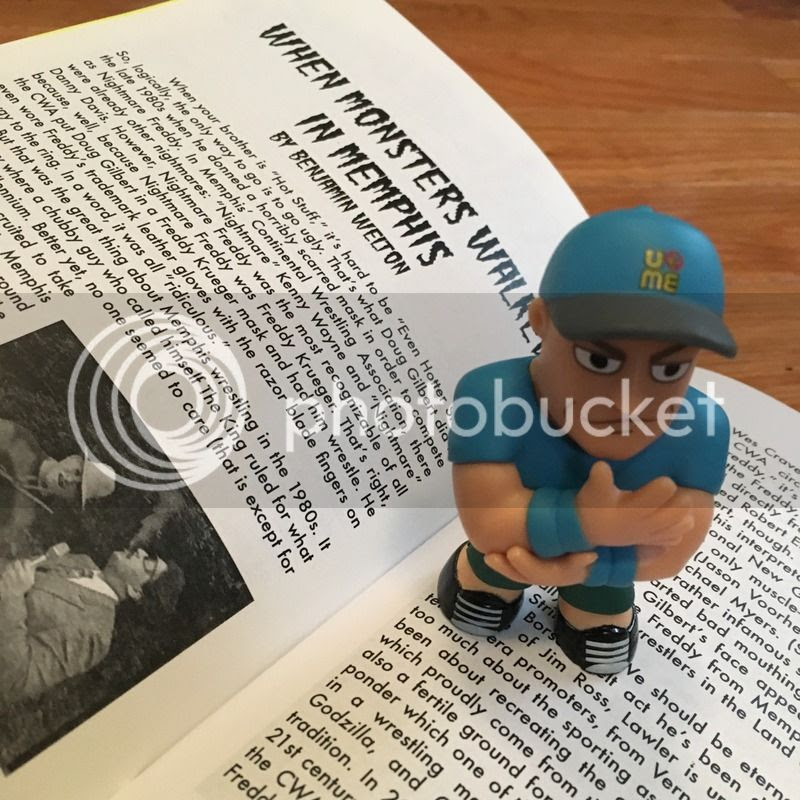 Ben Welton is back, and he brought some SPOOOKY MONSTERS with him. 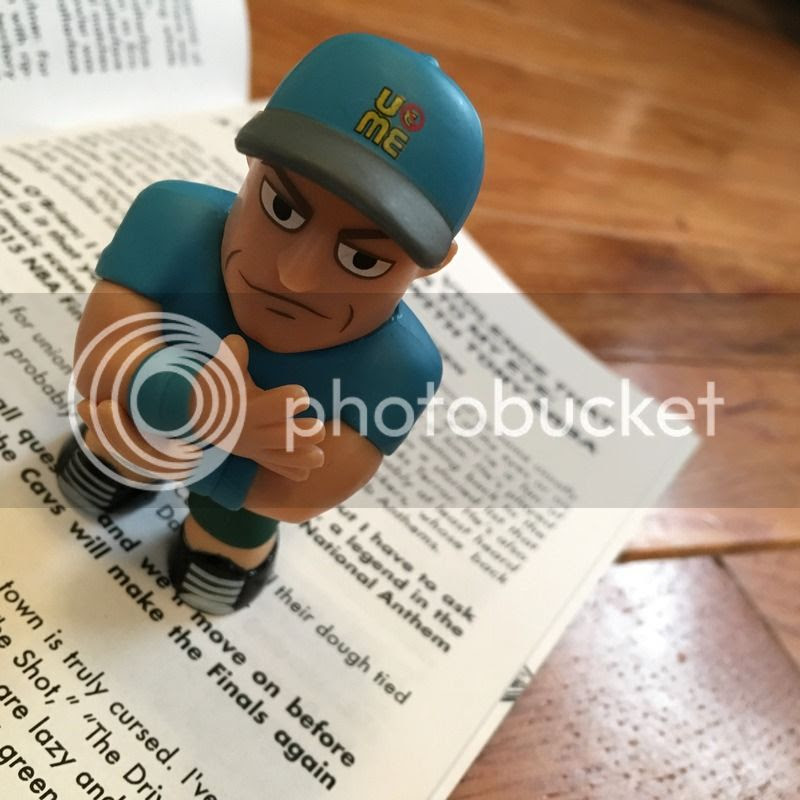 Nathan O'Brien has an interview with Tony Erba. I got worried that I spelled Natan's name wring in the issue, but I just checked and I didn't. 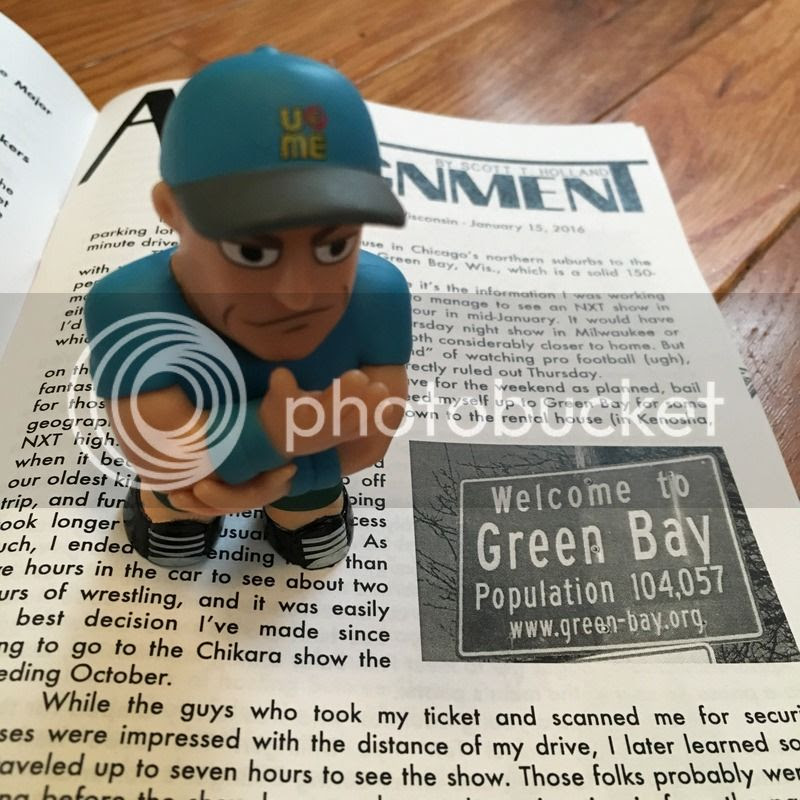 I have never been to Green Bay, Wisconsin, but Scott Holland has. He saw some wrestling matches there. Read all about it! 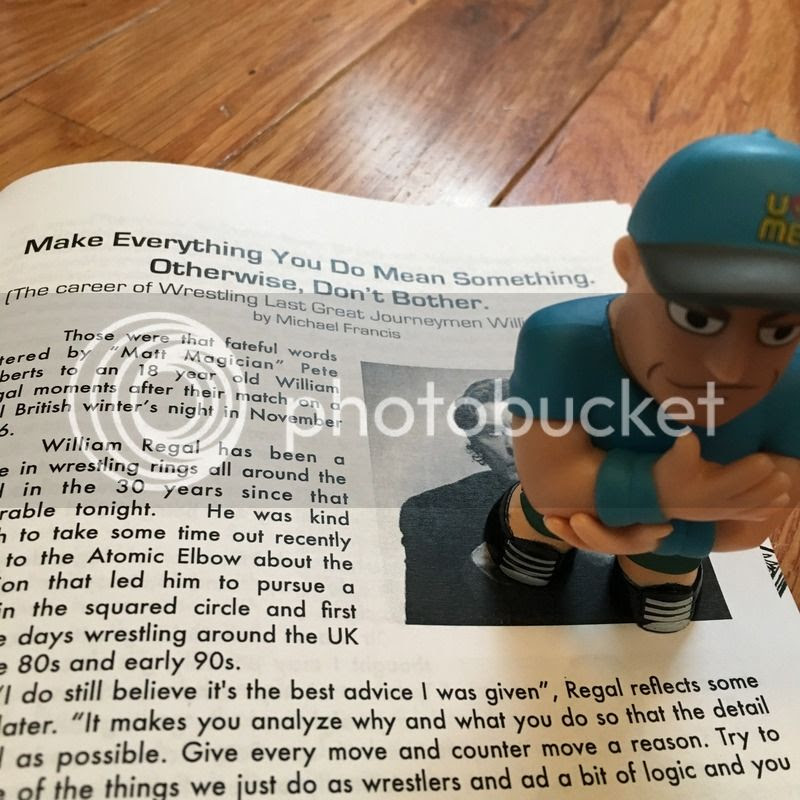 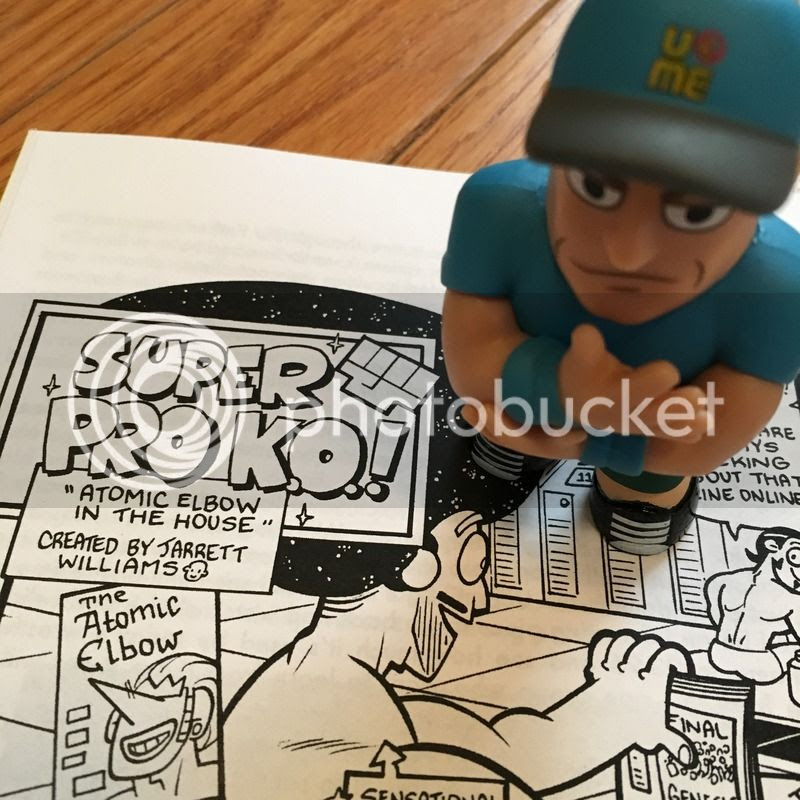 Remember Jarrett Williams? From earlier? Well, the third volume of his Super Pro K.O.! series comes out soon and there's an exclusive comic in this issue of The Atomic Elbow. That is exciting! 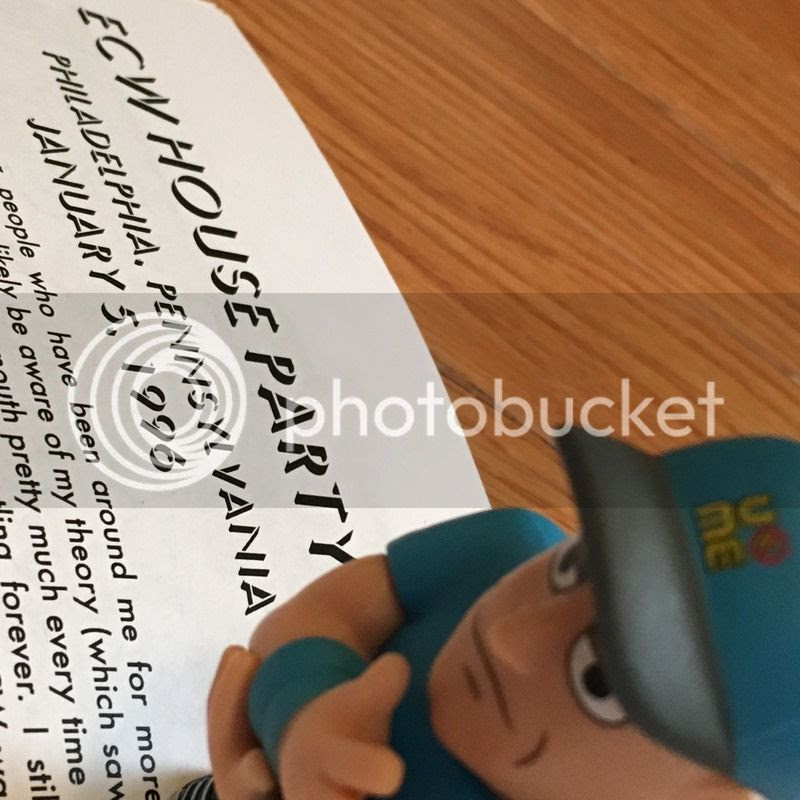 I wrote way too much about an ECW show from 1996. I had to make the pictures in this article really small to get the pagination for this issue to work out right. It's okay, though, because this article solves some important mysteries.

This issue is available right now at The Atomic Elbow Online Store. I would be really happy if you went over there and bought a copy or two.