Issue 13 is here. If I were one of those weirdos that thought numbers had spooky powers, I guess this is the issue I would be afraid of. COWER IN FEAR, MORTALS! 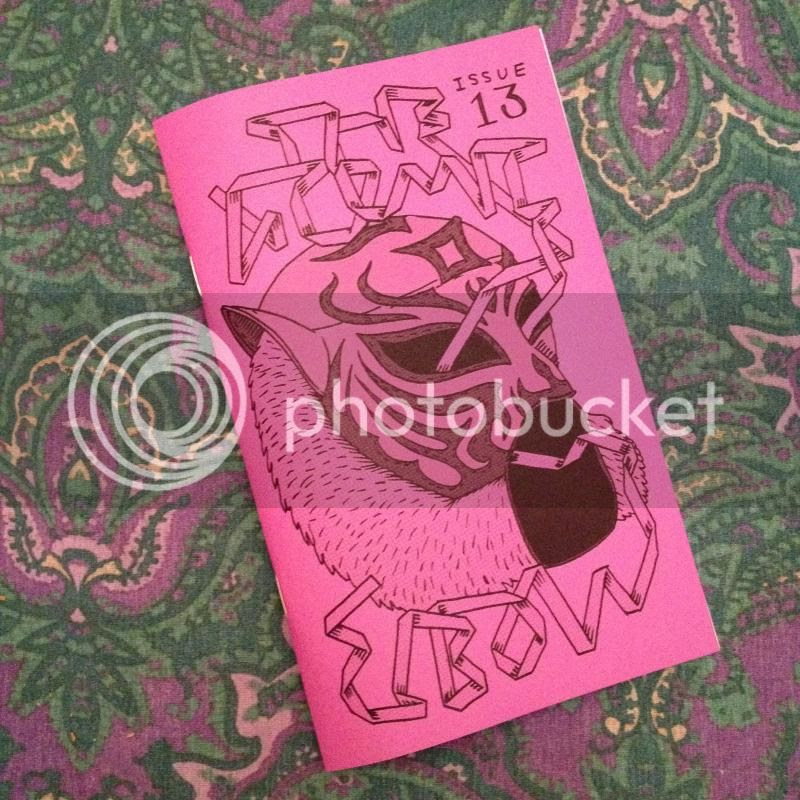 Actually, don't. There's nothing to be afraid of. This is just a wrestling fanzine. You can't live your life in fear of a stack of paper with toner on it. You just can't. Now, LOOK AT THAT COVER. It's great! It was made by Sean Wárs. You've seen his art on fine Atomic Elbow products before, and I hope you will see it again. By now you're probably wondering what is inside of this thing. As of this writing I am the only person who knows the answer to this, but I will share that knowledge with you now! 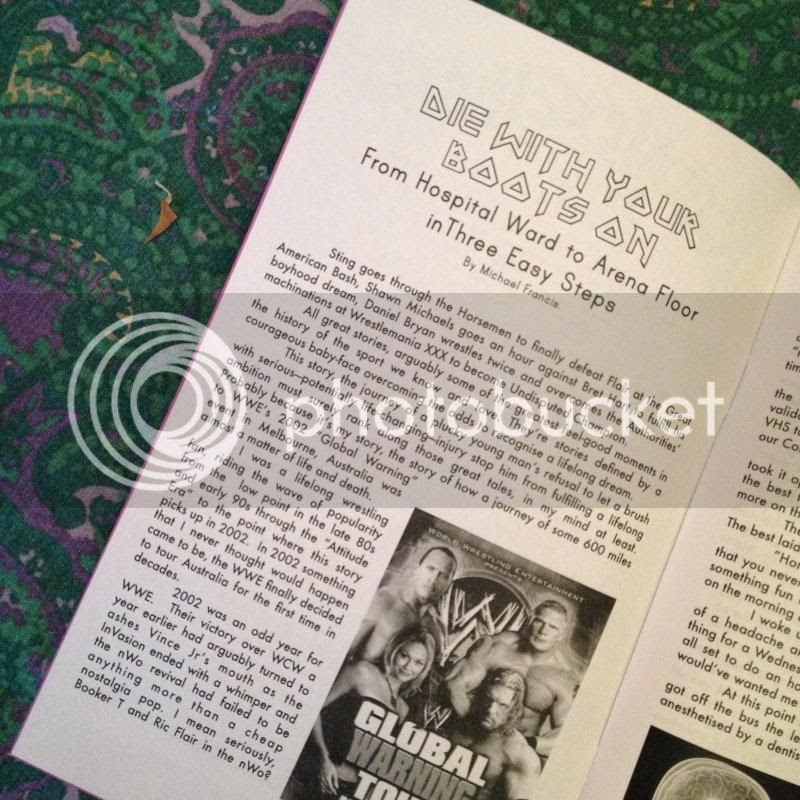 There's an article from Michael Francis about the time he almost died and then went to a WWE show in Melbourne after he didn't die. 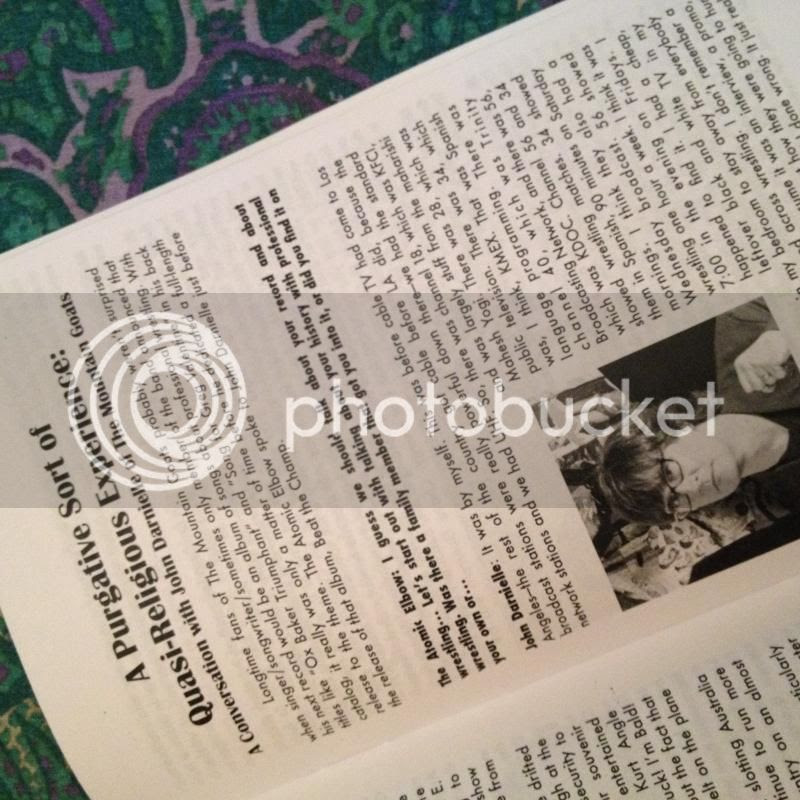 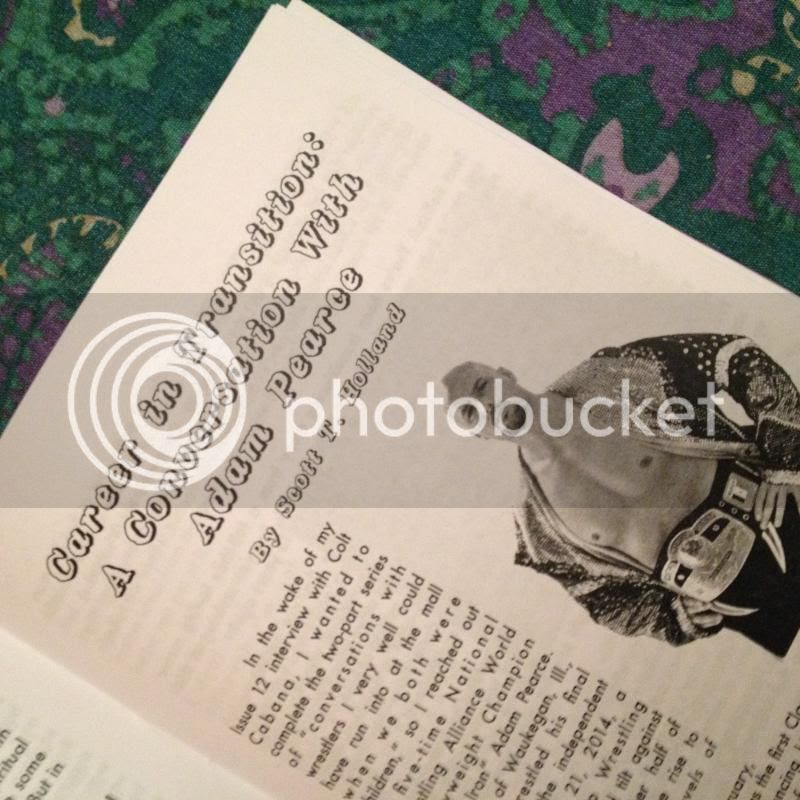 Scott "Star of Savage" Holland is back, and this time he's got a great interview with former NWA World Heavyweight Champion Adam "Scrap Iron" Pearce! 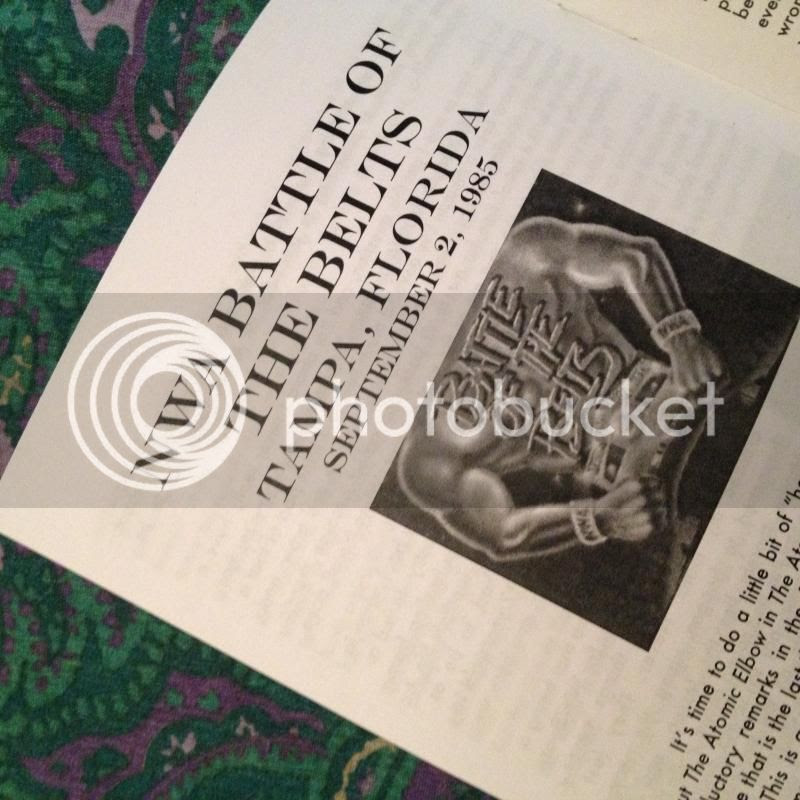 Speaking of NWA champions, there's a lengthy examination of the 1985 NWA Battle of the Belts. This show took place during an actual hurricane! 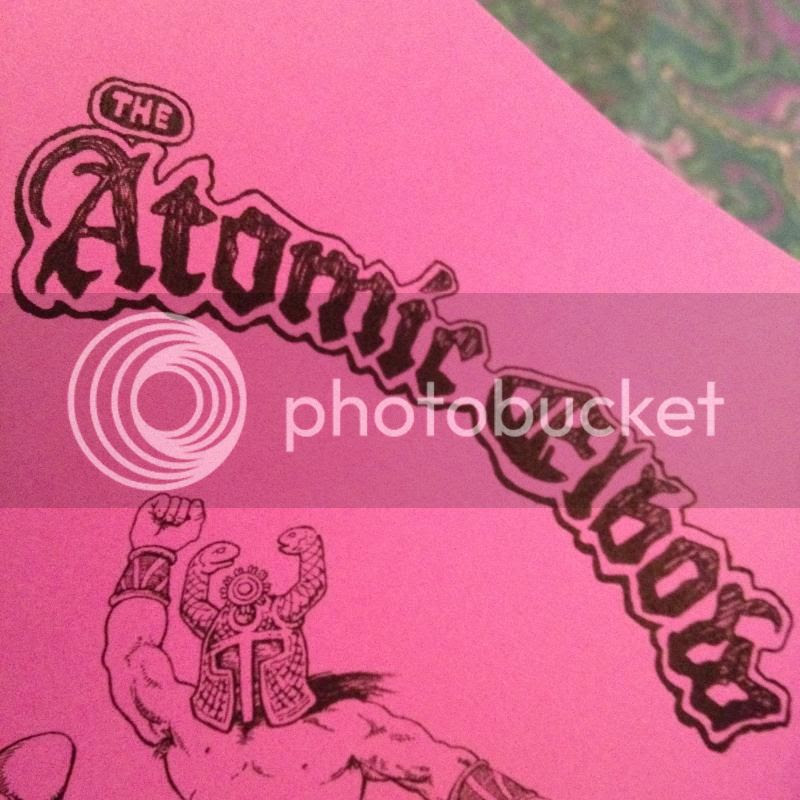 Beaver's illustration for this issue is on the back cover, which makes the outside of this thing look way better than I could possibly have imagined.

All of this, plus whatever else I feel like throwing in the envelope, is available now from The Atomic Elbow Online Store! The first unknown number of orders get one of these great stickers featuring art by Johnny Ryan! 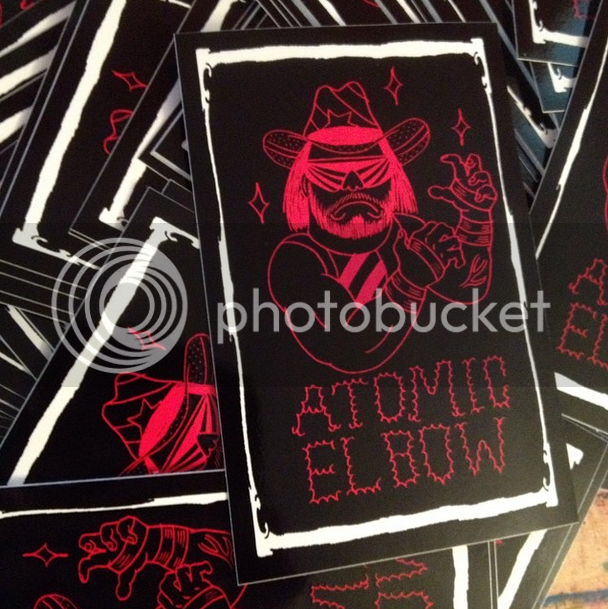 What are you waiting for? ORDER NOW! (But seriously, no pressure. Do whatever you want.)
Posted by Robert at 4:54 PM No comments: