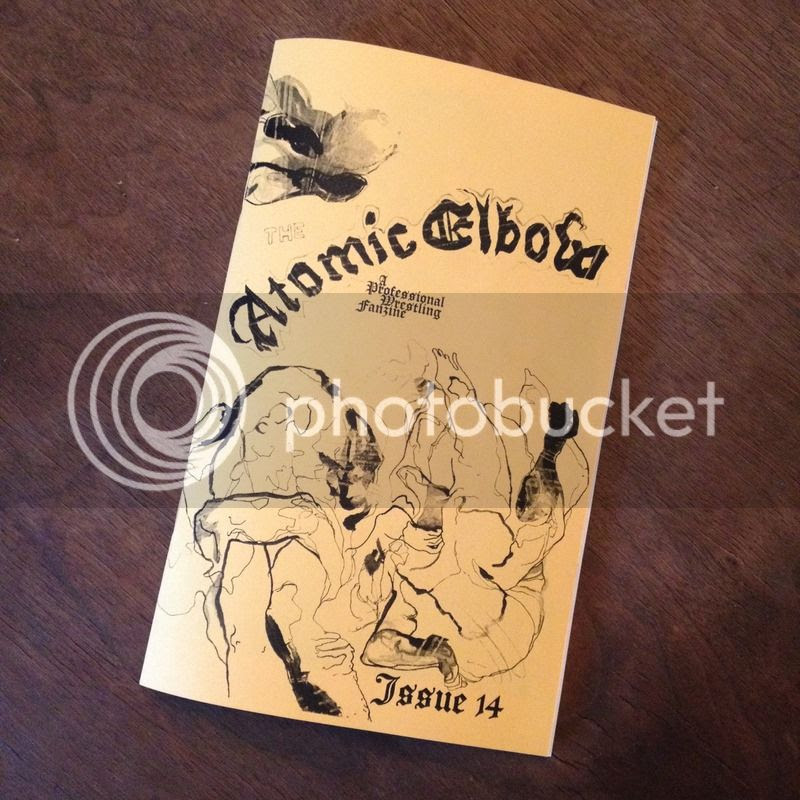 Look at that cover. It's really great. It was drawn by my friend Michele Chidester and I think it is great. It's a wrap around cover, so that art's on the front and the back. Here's a blurry picture of it. 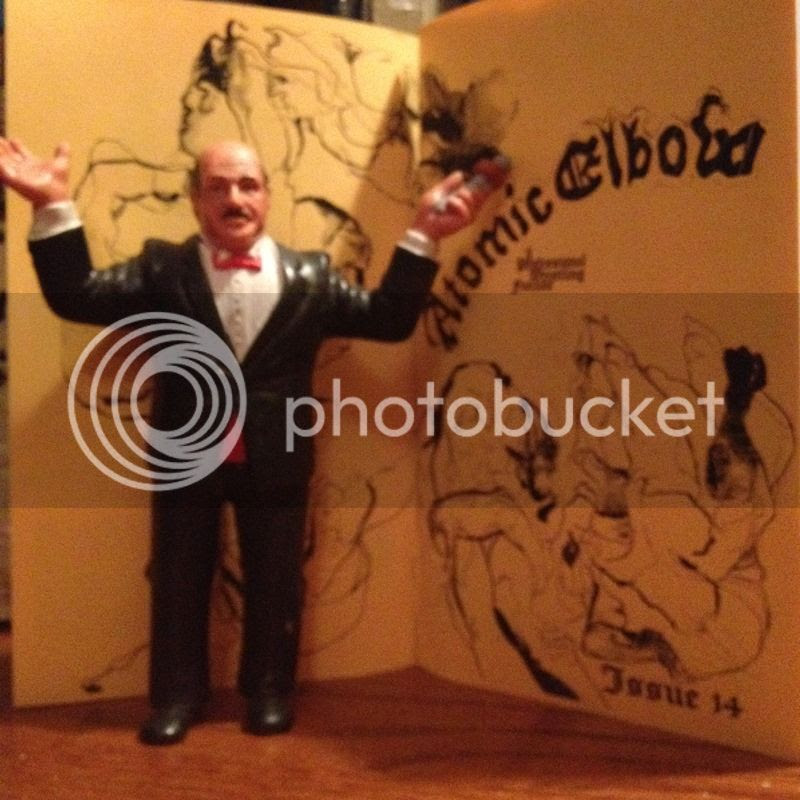 Besides the cover, this issue also has other things. Do you want to know what those other things are? That's a valid question. I will answer it. There's a restaurant review by Scott Holland. 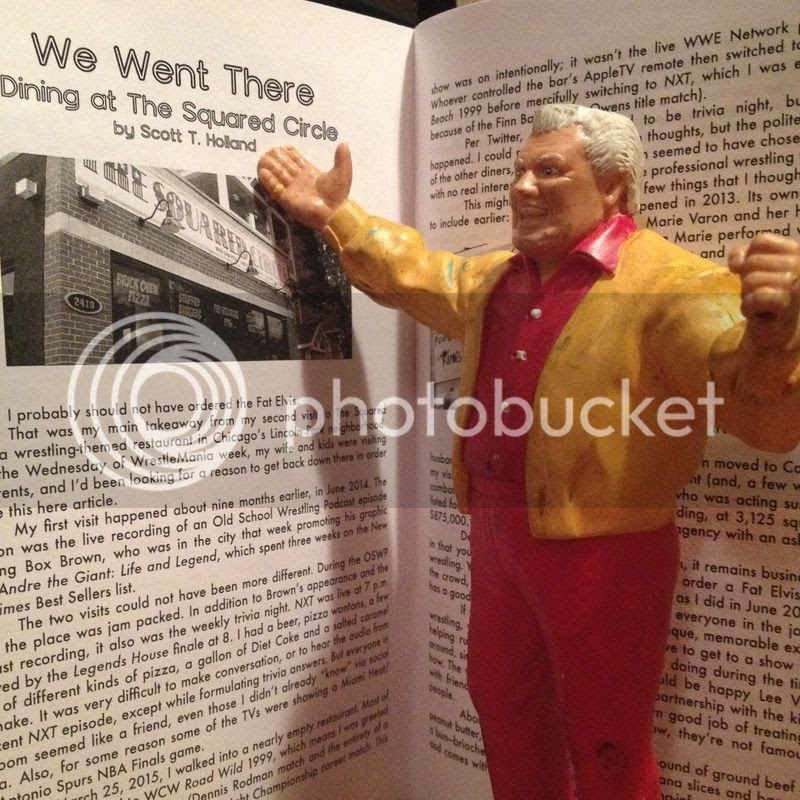 There's an article about the movie No Holds Barred by Corwin Gibson. 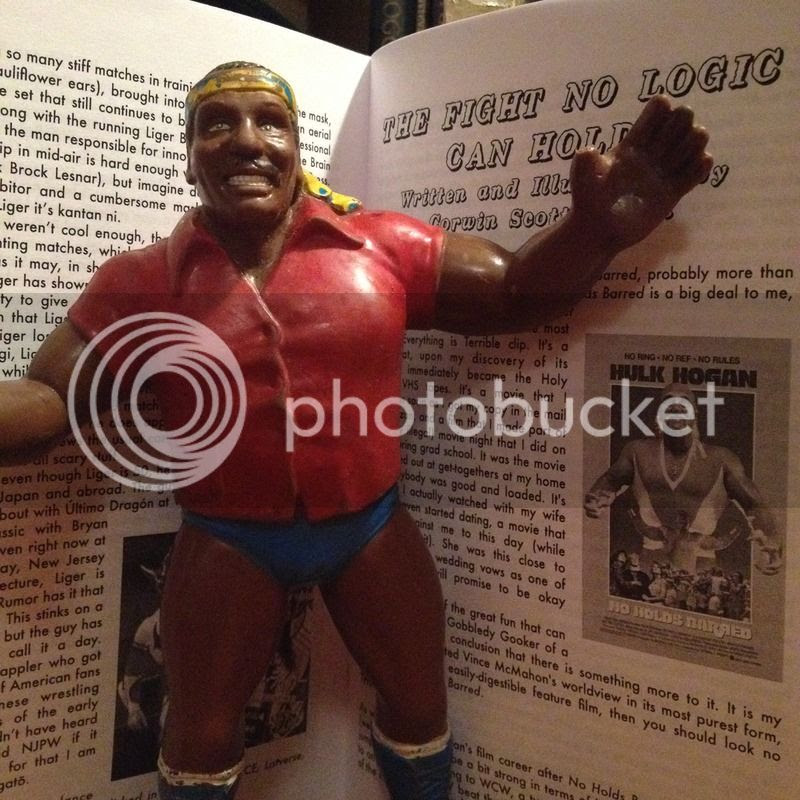 Would you like to learn more about professional wrestling in Arizona? There's an article about that in here by JRC. 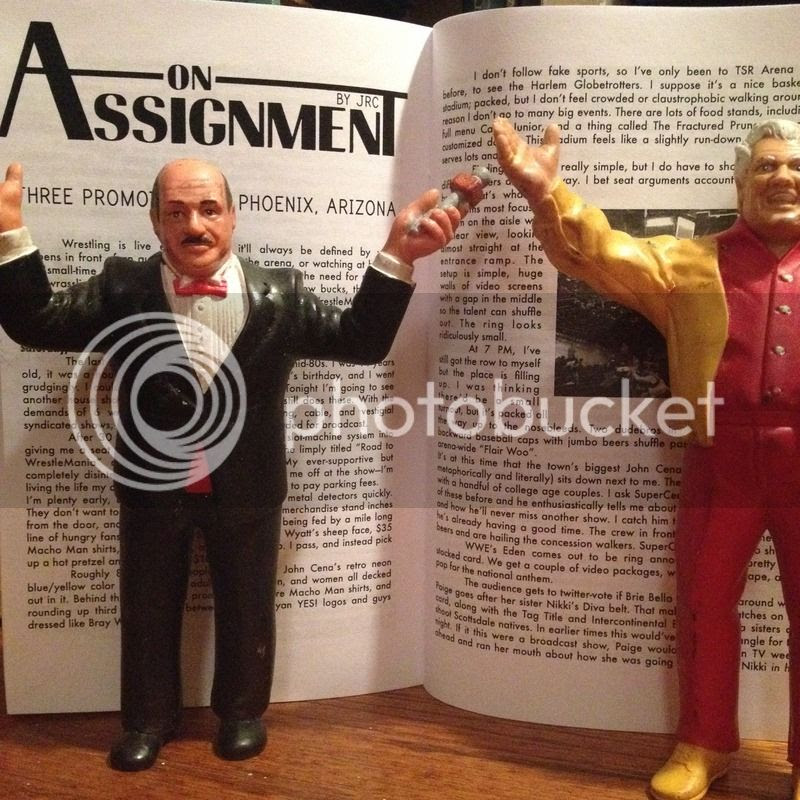 Wil Jones wrote about Ric Flair's clothes. And the clothes of some other wrestlers, too. 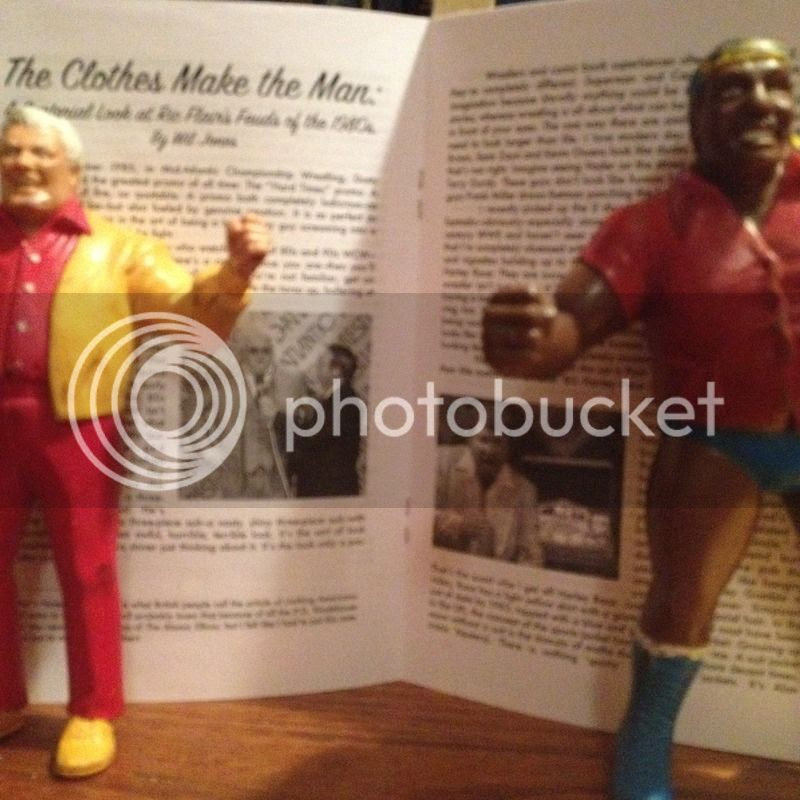 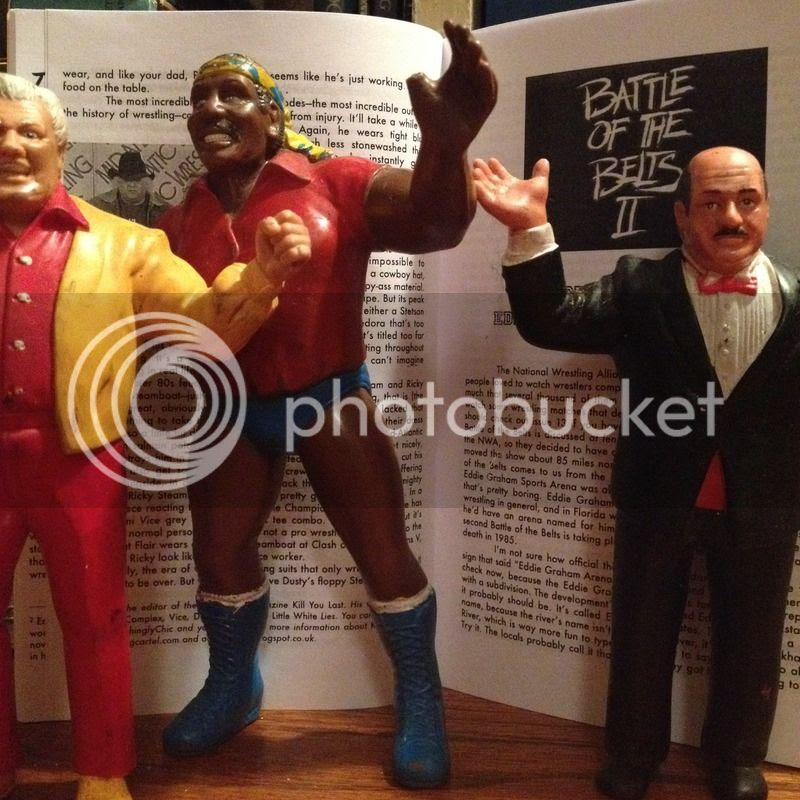 There's also a couple of Atomic Elbow "pin-up" pages in there featuring art from Scott Stripling and the Hand of Beaver. 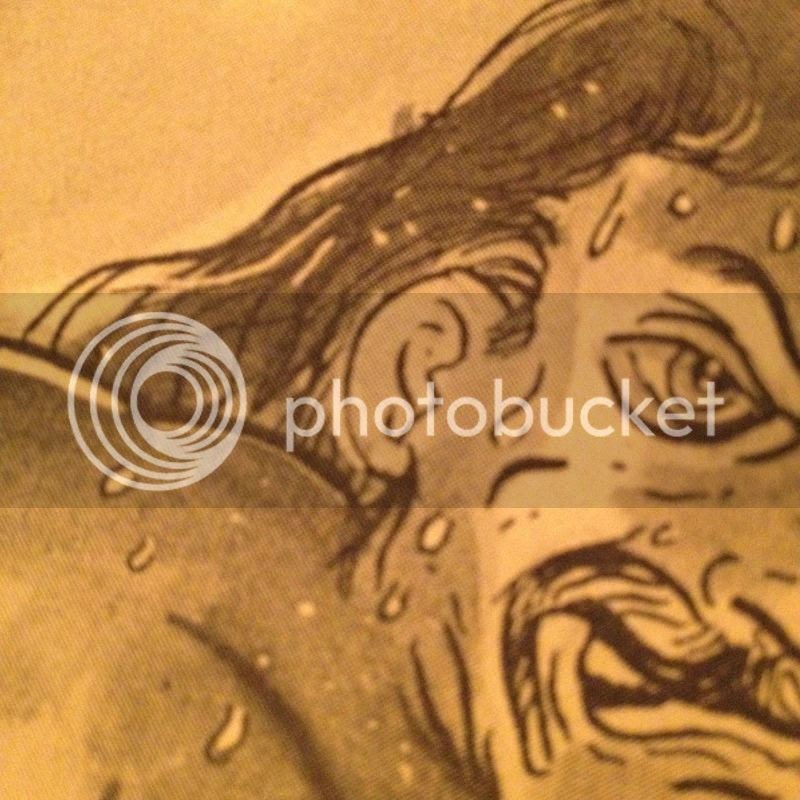 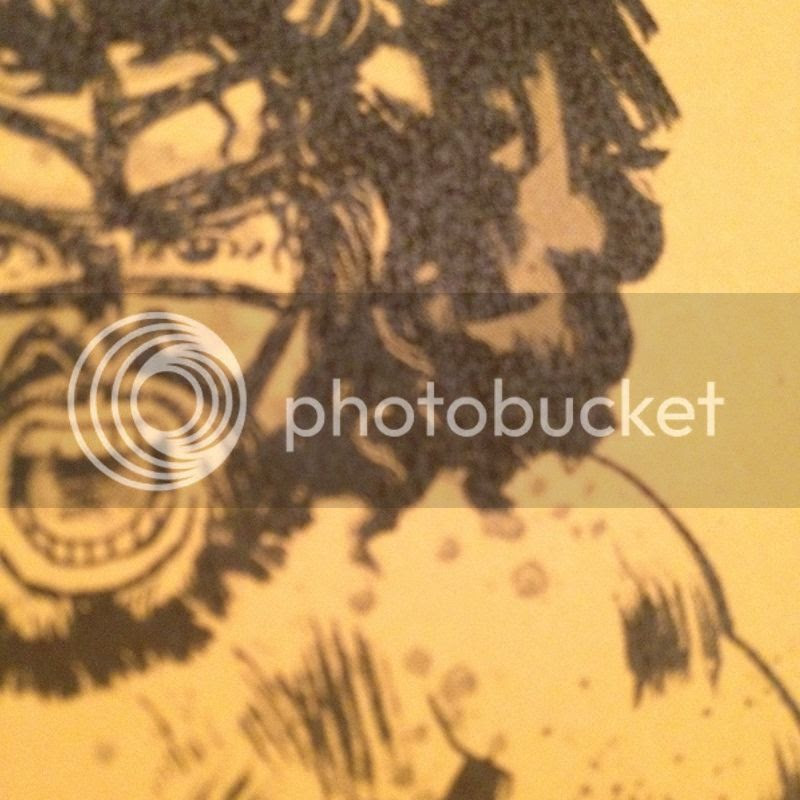 So, what are you waiting for? This is for sale right now in The Atomic Elbow Online Store. Go get yours!
Posted by Robert at 9:14 PM No comments: