Come watch some old wrestling tapes with me! 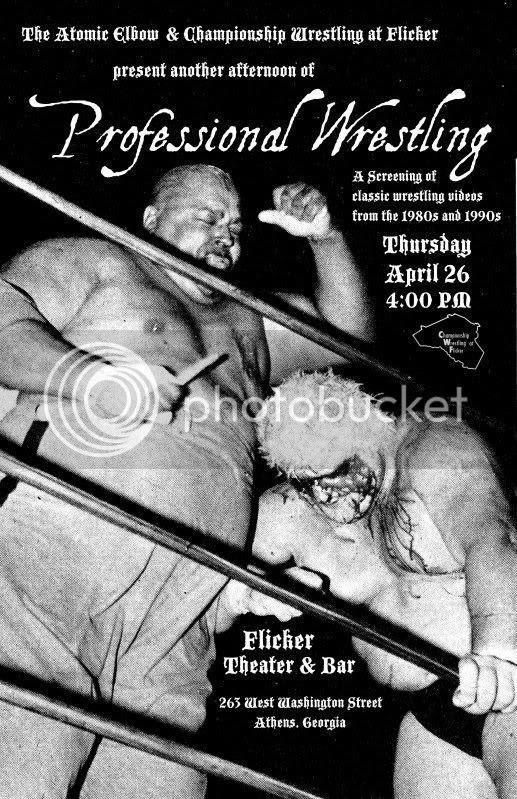 If you're in or near Athens, GA, maybe you'd like to come watch wrestling with me. I'll be showing some old wrestling shows at Flicker Theater and Bar on the 26th of April at 4:00 in the afternoon. I would be honored if you would join me.
Posted by Robert at 7:05 AM No comments:

Email ThisBlogThis!Share to TwitterShare to FacebookShare to Pinterest
Labels: Championship Wrestling at Flicker

This is The Atomic Elbow.

I thought maybe I would be all cool about it and not make a website for The Atomic Elbow but then I realized that this is the twenty first century and maybe I'm actually not helping by adhering to this willful obfuscation of the thing I did. Is "willful obfuscation" redundant? Isn't obfuscation willful by nature? I don't know. Leave me alone.

Anyway, this is the website where I will put stuff about The Atomic Elbow, a professional wrestling fanzine. I had a pretty big debate inside my brain about whether or not to make the word "the" a part of the web address for this free web page. In the end, I did. Because articles are important. And classy. So, if you cram this thing in your RSS aggregation machine or google reader or whatever, you'll learn about new developments in The Atomic Elbow like how to order things from me and what those things are. I'll probably also use this to promote Championship Wrestling at Flicker, a (sort of) monthly series of wrestling video nights at the Flicker Theater and Bar in downtown Athens.

At this point I have, like, three Twitters and 7 Blogspots and a Facebook or two and a couple of Tumblrs and, I don't know, an Orkut? Do I still have an Orkut? They love that in Brazil, I hear. So am I done with the internet? Did I win?

Anyway, here's how you and everyone you know can order the first issue of The Atomic Elbow. 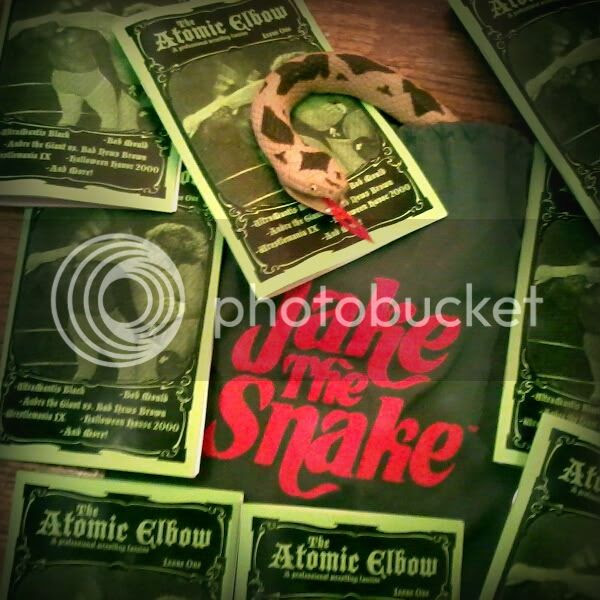 Everyone knows that print is dead, so to celebrate that fact, I went and made a fanzine! What a good idea! It's called The Atomic Elbow and it's about professional wrestling, which is one of the best things ever. 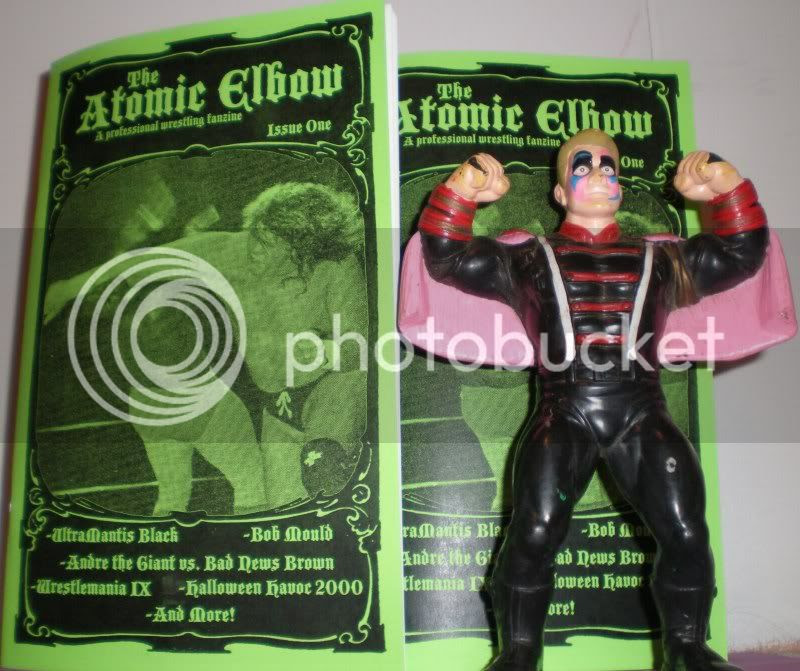 It's 48 pages of me and some other folks (namely Scott T. Holland, Box Brown and Patrick Dean. Featuring photos by Zia Hiltey) writing and drawing about rasslin', and I know I'm biased, but I think it's pretty good.

It's got stuff in it about Bob Mould. 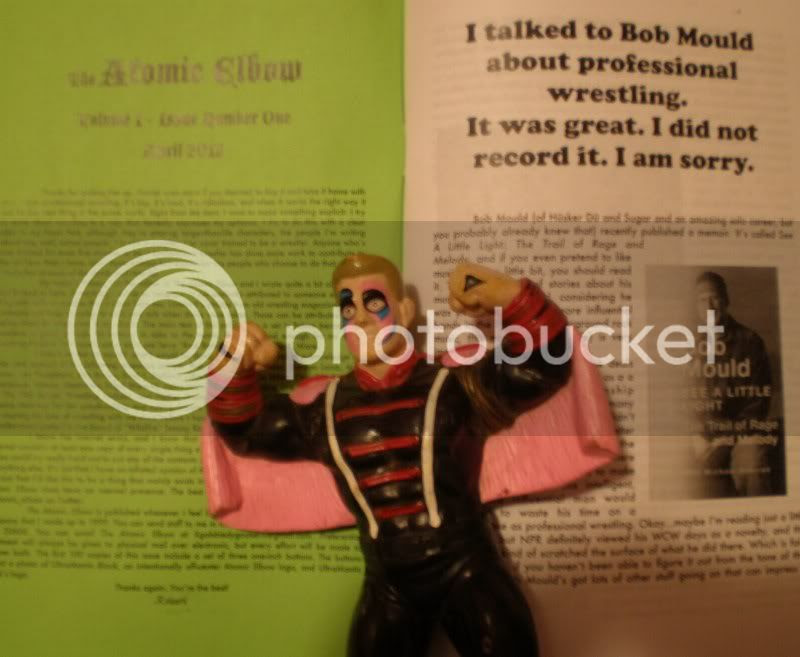 It's got a comic about Andre the Giant and Bad News Brown, it's got an interview with UltraMantis Black, and it's got an almost 9,000 word essay about Halloween Havoc 2000. 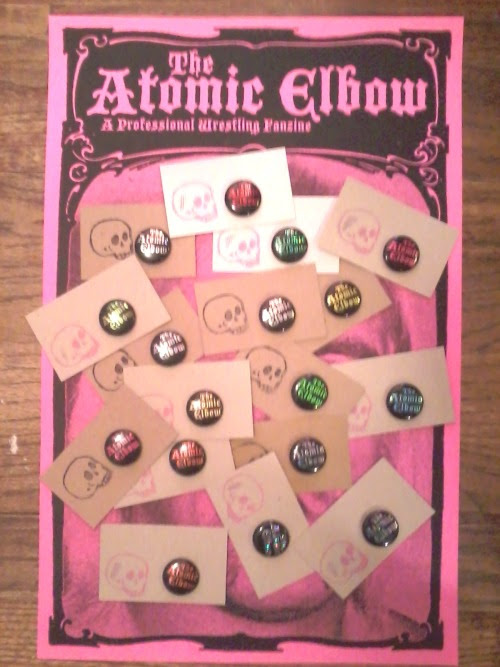 The first printing is sold out, but you'll still get an Atomic Elbow logo button and a special edition Atomic Elbow mystery poster. (I mean, it's really an 11" x 17" photocopy, but I can call that a poster, right? I say I can. And I say it's a "poster".) I'm not going to show you what the poster looks like on the internet. You've gotta order a copy to find out.


You probably want one of these, right? I hope you do.

You can get one by sending me five dollars through paypal. If you live in Canada or Mexico, please send seven (American) dollars. If you live in a country that isn't the USA, Canada or Mexico, please send nine (American) dollars. The email address to use is secondperiod[at]gmail[dot]com. Or, you can do it the old-timey way and send me the cash in the mail. The address is 231 Rhodes Drive / Athens, GA / 30606.